Klayman: No Crime or Graft Is Beneath the Clintons!
Go to www.FreedomWatchUSA.org and Support Our Citizens Grand Juries and Join Our Justice League! 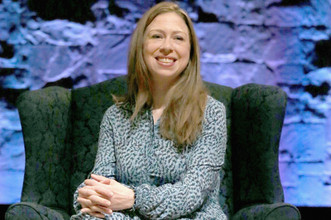 Chelsea Clinton made $9M since 2011 from corporate board position: report
New York Post
January 7, 2020
Chelsea Clinton raked in around $9 million since 2011 for her work on the board of an internet investment firm controlled by a pal of her mom's, a report said Monday.

The former first daughter, since 2011, has received an annual retainer of $50,000 for serving on the board of IAC/InterActiveCorp, which is controlled by business and television mogul Barry Diller, according to financial publication Barron's.

But it's the $250,000 worth of restricted IAC stock units Clinton received on top of the retainer that led to the windfall, according to the report.