Klayman: Napolitano Is a Disgrace and So Is "His" Fox News!
Go to www.FreedomWatchUSA.org to Join and Support Our Leftist Media Strike Force! Share and Donate 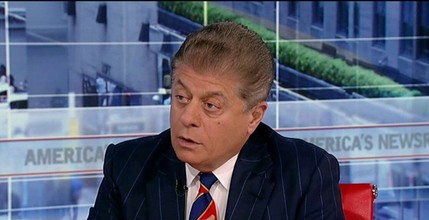 "If I were a Democrat in the House, I would be moving to reopen the impeachment on the basis of newly acquired evidence, which are these new emails of people getting instructions directly from the president to hold up on the sending of the funds. That would justify holding onto the articles of impeachment, because there's new evidence and perhaps new articles," Napolitano argued on "America's Newsroom" Monday morning.