Klayman: Really! When Have Omar and OSC Accused Islamic Terrorists of War Crimes?
Join and Support Our Coalition of the Jewish Right at www.FreedomWatchUSA.org 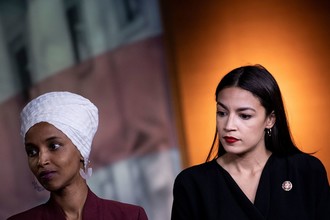 Trump warned Iran via Twitter that the U.S. had compiled a list of 52 sites in Iran that it would strike militarily if the Persian Gulf nation chose to retaliate to the early Friday killing of Qassem Soleimani. The Iranian general was one of Iran's top leaders, commanding the country's elite Quds Force and coordinating with Iran-backed groups throughout the Middle East. Viewed as widely popular among Iranians, Soleimani was killed in a targeted U.S. airstrike while his vehicle drove from Baghdad's airport after he arrived in Iraq.