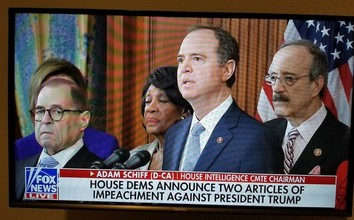 "So what if Trump wants war, knows this leads to war and needs the distraction? Real question is, will those with congressional authority step in and stop him? I know I will."

And, not to be undone in her hatred not just for Trump, the most pro-Israel and pro-Jewish president in American history, Rep. Rashida Tlaib could not resist also weighing in.