Klayman: Hannity's Friendship With Manafort Confirms His Stupidity! His Modus Operandi Is Like an Opportunistic Groupie!
Go to www.FreedomWatchUSA.org to Join and Support Our Leftist Media Strike Force! Share and Donate 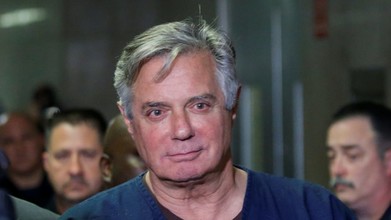 Among the several hundred pages of memos published by BuzzFeed News on Thursday, which contain summaries of FBI interviews with key Trump administration and campaign officials, the Fox News anchor's alleged role as an unofficial messenger between the president and his former campaign chairman comes into sharp focus.

According to the release, Manafort did not speak to Trump or anyone closely associated with the president or his legal team besides Hannity around the time that The New York Times and other outlets reported on a 2016 meeting at Trump Tower between Manafort, Donald Trump Jr., and Jared Kushner and a lawyer linked to the Kremlin. Manafort described Hannity as a close friend and "certainly a backchannel" to Trump, saying that he understood Hannity was in communication with the president.