Klayman: Another Case of Judicial Cowardice?
Go to www.FreedomWatchUSA.org to Support Our Judicial Selection Strike Force. Also Donate and Share! 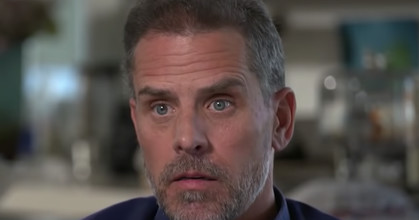 Lunden Alexis Roberts, 28, filed a paternity suit against Biden alleging he is the father of her infant child in May. On Tuesday, Independence County Circuit Judge Don McSpadden filed an order saying he was recusing pursuant to the Administrative Plan of the 16th Judicial Circuit but did not provide any explanation, according to the Arkansas Democrat Gazette.

Biden, 49, took a DNA test that proved "with scientific certainty" that he fathered Roberts's child after he denied the claim. Her lawyer said she was filing the lawsuit because she "wants this baby to get financial support from the baby's father" but added, "She really does not want this to be a media spectacle. She does not want this to affect Joe Biden's campaign."