Klayman to Chief Justice Roberts: Start Telling the Truth! There Is Almost No Judicial Independence on the Politicized Federal Bench and SCOTUS!
Go to www.FreedomWatchUSA.org to Support Our Judicial Selection Strike Force. Also Donate and Share! 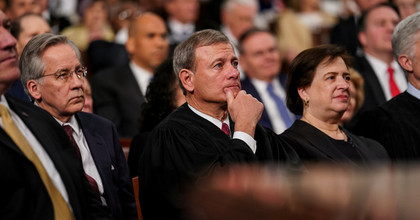 Impeachment Trial Looming, Chief Justice Reflects on Judicial Independence
By Adam Liptak
New York Times
January 1, 2020
WASHINGTON — As Chief Justice John G. Roberts Jr. prepares to preside over the impeachment trial of President Trump, he issued pointed remarks on Tuesday in his year-end report on the state of the federal judiciary that seemed to be addressed, at least in part, to the president himself.

The two men have a history of friction, and Chief Justice Roberts used the normally mild report to denounce false information spread on social media and to warn against mob rule. Some passages could be read as a mission statement for the chief justice's plans for the impeachment trial itself.