Klayman: The Time Is Long Overdue for Kellyanne to Remove This Clown's Megaphone for the Left by Publicly Divorcing Him! 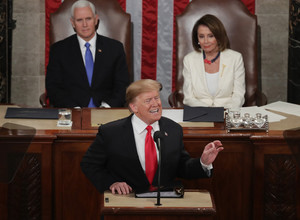 Following Trump's impeachment, Pelosi also indicated that she will hold off from transmitting articles of impeachment to the Senate until Republicans agree to a fair trial.