Klayman: And What Is Your "Stichk" George? To Torture and Malign Your "Wife" Kellyanne! You Are More Than Low Class!
Go to www.FreedomWatchUSA.org to Join and Support Our Leftist Media Strike Force! Share and Donate 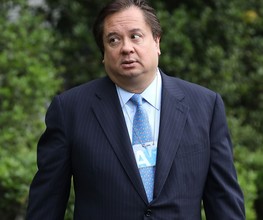 George Conway says Trump's Twitter dump including conspiracy about Nancy Pelosi's son is ploy to be ruled unfit for impeachment trial
By Brendan Cole
Newsweek
December 29, 2019
George Conway, the husband of White House adviser Kellyanne Conway, has speculated that the regular barrage of tweets that President Donald Trump sends is part of a plan to portray himself as not being mentally stable enough to face an impeachment trial.

George Conway, a conservative attorney, took to social media to give his explanation for the president's Twitter use, which on Friday included retweets of compliments from his supporters and comprised of 18 tweets between 9 p.m. and 10 p.m. and another 18 between 11 p.m. and midnight, according to the Trump Twitter archive.

The flurry included a retweet of a conspiracy theory about links between the son of House Speaker Nancy Pelosi and Ukraine, in which Trump wrote, "Wow Crazy Nancy, what's going on? This is big stuff!"