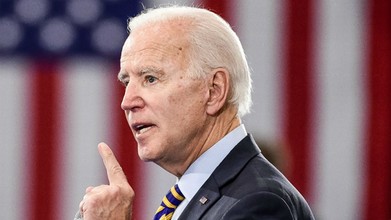 "What are you going to cover?" Biden said when asked about a subpoena in an interview with the Des Moines Register's executive editor Carol Hunter. "You guys are going to cover for three weeks anything that I said. And (Trump's) going to get away. You guys buy into it all the time. Not a joke."

He went on to say it would be part of Trump's tactic to "take the focus off" himself.