Klayman: The FISA Court Has Also "Abused" and Violated the American People!
Go to www.FreedomWatchUSA.org and Support Our Citizens Grand Juries and Join Our Justice League! 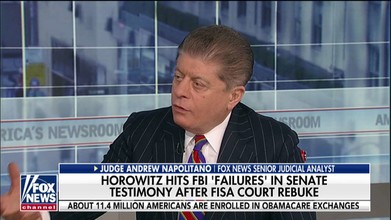 In a rare public order Tuesday, presiding judge Rosemary M. Collyer strongly criticized the FBI over its surveillance-application process, giving the bureau until Jan. 10 to come up with solutions in the wake of findings by Justice Department Inspector General Michael E. Horowitz.