Klayman: Soros Is More Than an Anti-Semite: He Collaborated With the Nazis During WW II in Confiscating the Property of Jews Being Sent to Hitler's Ovens and Gas Chambers! Who Is the Leftist ADL Kidding! 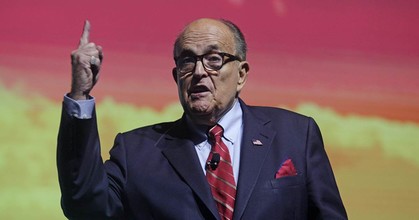 In a remarkable interview with New York magazine, Giuliani, President Donald Trump's lawyer, painted Soros as a puppet master who has secretly been pulling the strings in Ukraine. Soros is a frequent target of conspiracy theories about Jews controlling the world.

"Don't tell me I'm anti-Semitic if I oppose him," Giuliani said. "Soros is hardly a Jew. I'm more of a Jew than Soros is. I probably know more about — he doesn't go to church, he doesn't go to religion — synagogue. He doesn't belong to a synagogue, he doesn't support Israel, he's an enemy of Israel. He's elected eight anarchist DAs in the United States. He's a horrible human being."