Klayman: Trump Should Order Shootdown of Any NoKo Missile! 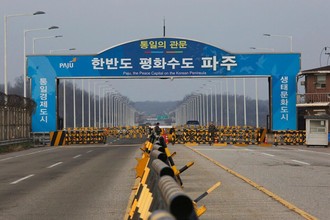 US on high alert for possible 'Christmas gift' missile from North Korea
By Bradford Betz
Fox News
December 23, 2019
Officials are on the alert as North Korea's ultimatum for the US to ease sanctions or face consequences nears the December 31 deadline.

U.S. officials are on high alert for signs of a possible missile launch from North Korea in the coming days that officials have referred to as a "Christmas gift."

A significant launch or nuclear test would raise the end of North Korea's self-imposed moratorium on missile launches and tests. It would also be a major blow to one of President Trump's major foreign policy goals to get North Korea back to the negotiating table to eliminate its nuclear weapons.