Klayman: Omar Knows About Hateful Rhetoric! She Hates Jews and Israel and the President's Support for Both? 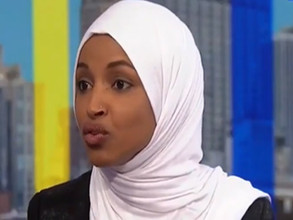 "Hateful, sinful rhetoric is dangerous and it is becoming synonymous with the Republican Party. They have refused to condemn and distance themselves from members within their party that have threatened my life and the lives of others, that have caused the deaths of other people in this country who follow their message and have put their names of our president and many of the Republican leaders in their manifestos as they have taken innocent lives," Omar explained. "But what we have to remember is we don't have to be that. We don't have to be that country."