Klayman: If the Murdochs Don't Fire Napolitano, Fox News' Viewers Should Boycott the Network!
Go to www.FreedomWatchUSA.org to Join and Support Our Leftist Media Strike Force! Share and Donate 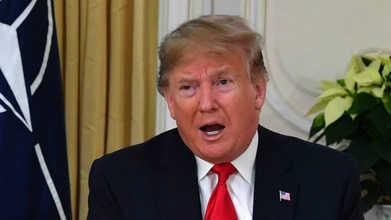 Fox News legal analyst: There's 'undisputed evidence' Trump abused his power
By Justin Wise
TheHill
December 18, 2019
Fox News legal analyst Andrew Napolitano on Wednesday argued that there is "undisputed evidence" that President Trump abused the power of his office in his dealings with Ukraine, asserting that the "remedy of impeachment is acutely needed" because of it.

"In Mr. Trump's case, we have undisputed evidence that he abused his power by inviting a foreign government to interfere in the 2020 presidential election and then compounded this by directing subordinates to refrain from giving congressionally commanded evidence of his behavior," Napolitano, a fierce Trump critic, wrote in a Washington Times op-ed ahead of the House vote on articles of impeachment.

Napolitano's op-ed focuses largely on the rule of law and how it pertains to a sitting U.S. president. While acknowledging that a sitting president cannot be prosecuted in office, he describes impeachment as a constitutional remedy for behavior that "subverts our democratic institutions."