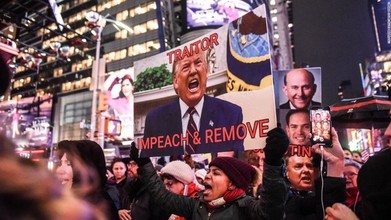 By Analysis by Chris Cillizza, CNN Editor-at-large
CNN
December 18, 2019
(CNN)Some time later today -- maybe MUCH later today -- the House will vote to impeach President Donald Trump for abuse of power and obstruction of Congress -- both tied to his actions around a July 25 call with Ukrainian President Volodymr Zelensky.

Even as the House prepares for the historic vote, however, there's growing evidence that the public impeachment proceedings in the House against Trump may actually be helping him politically.