Klayman: As I Predicted Judge Sullivan Reacted to Flynn's New Counsel Having "Grandstanded" on Hannity! 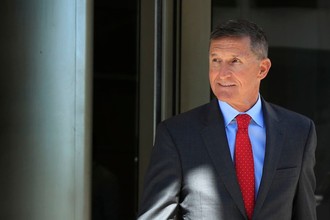 Flynn, who pleaded guilty to lying to investigators about his interactions with Russia's ambassador after the 2016 U.S. election, had been set to be sentenced this Wednesday. Sullivan this month delayed the sentencing pending a report by a Justice Department inspector general on how the FBI handled the Russia investigation, which reviewed topics related to Flynn's allegations.