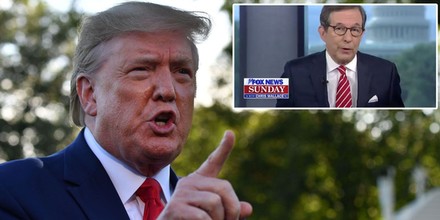 He said Trump was trying "to raise doubts when we report critically about him and his administration that we can be trusted" and linked it to polls showing people doubting the First Amendment of the US Constitution.

The comments come as a war between Trump and Fox News escalates, with Trump repeatedly criticizing the network that was once his close ally and many of its most prolific hosts and contributors hitting back.