The Left's Take on Zimmerman Suit Is Pure Stalin 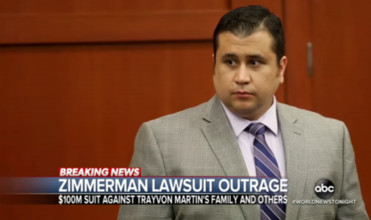 By Jack Cashill
WND
December 12, 2019
A week ago attorney Larry Klayman, the founder of Judicial Watch, filed suit on behalf of George Zimmerman in the Circuit Court of Florida's 10th Judicial Circuit.

The left has responded to the suit in unabashedly Stalinist fashion: Shut down dissent and, if that doesn't work, slander the dissenters. For Stalinists, new and old, "truth" is what works.

Based on the research of filmmaker Joel Gilbert, as seen in his new documentary and book of the same name, "The Trayvon Hoax," Zimmerman is charging that Team Trayvon substituted an impostor for the real "phone witness" in Zimmerman's 2013 murder trial for the 2012 shooting death of Trayvon Martin and in the depositions that led up to it.