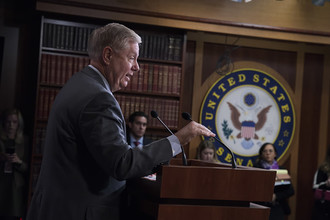 In a Wednesday letter to Graham, Banks (R-Ind.) encouraged the Senate Judiciary Committee chairman to "rethink" his impeachment strategy, in the latest sign that the House GOP is growing restless with their Republican colleagues across the Capitol.