Klayman: I Think We Can Figure Out How Omar and Her Friends Would Really Like to Treat the President! Thank God He Has the Secret Service! 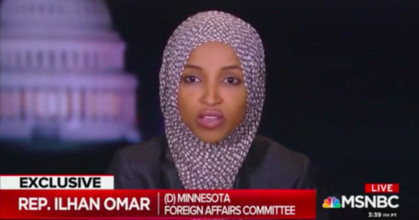 During an interview on MSNBC, Omar, 38, warned Democrats against including issues beyond the Ukraine situation in the articles of impeachment. Some Democrats have suggested including obstruction of justice, details from the Mueller report, and even Trump's "bigotry and racism" as part of the foundation to impeach.