Klayman: If I Had to Live in Cleveland I Would Consider This Too! A Loser Dark City With Terrible Weather! 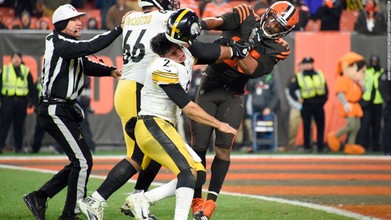 The loss was enough to send one dejected Browns fan into Lake Erie.

Joey Kinsley, who posted the video on his social media accounts under the handle @SirYacht, wrote: "Welp Browns' season is over after another loss to the Steelers and a QB named after a duck. I'm so done with them I jumped into Lake Erie."