How Rudy Lost His Mind and (Probably) His Freedom 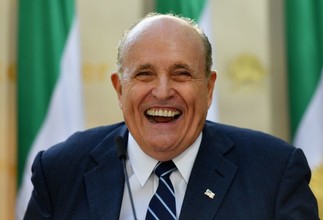 By Josh Marshall
Talking Points Memo
November 29, 2019
There's some backstory to the current Rudy Giuliani drama I'd like to share.

After he left the mayoralty at the end of 2001 Giuliani made tens of millions of dollars on his reputation as "America's Mayor" and a 9/11-based terrorism and security expert under the shingle Giuliani Partners. In the nature of things that rep was more valuable abroad than at home. He cashed in big time. That went on for about 15 years with a brief timeout for his failed 2008 presidential bid. He also had his own law firm Bracewell Giuliani, before leaving the firm to join Greenberg Traurig in 2016.