Klayman: Hannity and O'Reilly Are Birds of a Feather! Fox News Continues to Sink Into the Abyss!
Go to www.FreedomWatchUSA.org to Join and Support Our Leftist Media Strike Force! Share and Donate 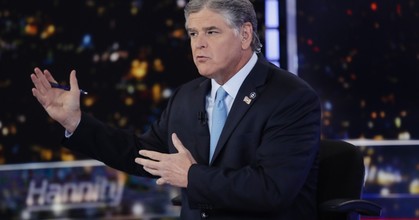 Fox News prime-time host Sean Hannity urged his disgraced former colleague Bill O'Reilly to return to the network despite the multitude of sexual harassment allegations that prompted his exit.

O'Reilly, 70, appeared on Hannity's radio show, which is not a Fox property, on Tuesday, and teased his interview with President Trump, which aired on his show later in the day. The former Fox host was discussing the amount of hate he thinks the president receives and then commented, "You and I, we can identify because we've been attacked for more than 20 years, each of us has."