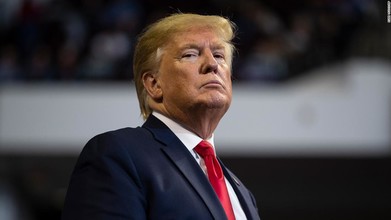 Judge tells Trump he's not a king -- the President is not so sure
By Analysis by Stephen Collinson
CNN
November 26, 2019
Washington (CNN)Donald Trump is not going to like his Constitution 101 lesson: "Presidents are not kings."

A federal judge's stunning rebuke of the White House on Monday came as the result of a case by House Democrats to force former White House counsel Don McGahn to testify. But it serves as a thematic frame for an entire presidency that has never played by the rules.

All of Trump's scandals are fusing together into a momentous fight over his staggeringly broad claims of expansive presidential power. How it turns out will shape his personal political legacy, the nature of the office he has held for nearly three years and potentially the American political system itself.