Roger Stone Juror Hits Back: 'We Did Not Convict Based on His Political Beliefs' 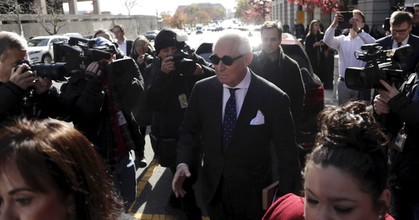 Washington Examiner
November 24, 2019
A juror who helped convict Roger Stone denied the jury's decision was based on politics.

Seth Cousins, who was juror No. 3 in the nearly weeklong trial, wrote in an opinion piece for the Washington Post that he has been "taken aback by the accounts of pundits and politicians that our decision was somehow the product of a deeply polarized, partisan divide."

Stone, a former Trump associate, was found guilty for impeding a House investigation into Russian interference in the 2016 election. The Republican operative faces up to 50 years in prison for lying to Congress, obstructing an investigation, and intimidating a witness.