Klayman: Totally Predictable: The Establishment Elite Always Protect Each Other: Only Lower Level Gets Burned!
Go to www.FreedomWatchUSA.org to Sign Petition to Appoint Klayman as Special Counsel. Also Donate and Share! 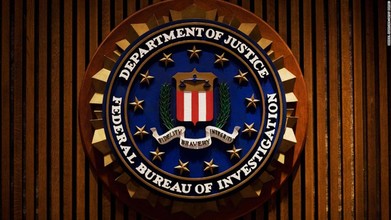 DOJ watchdog report expected to say FBI's Russia probe launched properly but lower-level employees made mistakes
By Evan Perez and Caroline Kelly
CNN
November 22, 2019
(CNN)The Department of Justice Inspector General's report on the start of FBI's investigation into Russian interference in the 2016 election will say the probe was properly launched but lower-level employees made a series of mistakes, according to two sources familiar with the matter.

The investigation on the effort to obtain warrants under the Foreign Intelligence Surveillance Act on Carter Page, a former foreign policy adviser to the Trump campaign, is expected to conclude that the FBI's Crossfire Hurricane investigation was properly predicated, and that there were a series of mistakes and improper handling of the Page FISA application by lower-level employees.