I Was a Juror in Roger Stone's Trial. I Am Proud of How We Came to Our Decision. 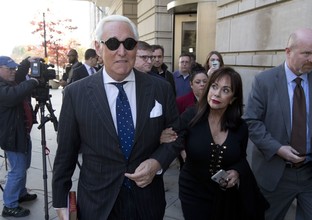 By Seth Cousins
Washington Post
November 22, 2019
During the first half of November, I made a brief journey with 14 fellow Americans, all of them strangers to me. Together we were the 12 jurors (and two alternates) sitting in judgment of longtime political consultant Roger Stone. We sat through five days of testimony and half a day of closing arguments. After eight hours of deliberation, we returned guilty verdicts on each of the seven counts we were charged to consider.

Since we delivered that verdict, I have been taken aback by the accounts of pundits and politicians that our decision was somehow the product of a deeply polarized, partisan divide. Let me be clear: We did not convict Stone based on his political beliefs or his expression of those beliefs. We did not convict him of being intemperate or acting boorishly. We convicted him of obstructing a congressional investigation, of lying in five specific ways during his sworn congressional testimony and of tampering with a witness in that investigation.