Klayman: No Big Deal: The Establishment Trump Judicial Picks Are Not Much Better!
Go to www.FreedomWatchUSA.org to Support Our Judicial Selection Strike Force. Also Donate and Share! 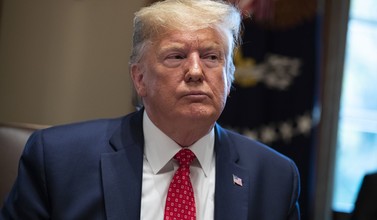 Trump to flip 11th Circuit to majority GOP-appointed judges; third appeals court to change majority
By Alex Swoyer
The Washington Times
November 20, 2019
Senate Republicans confirmed one of President Trump's judicial nominees to the 11th U.S. Circuit Court of Appeals Tuesday and will flip the federal appeals court to a majority of Republican-appointed active judges with another confirmation later this week.

It will be the third federal appeals court to be turned to a GOP-majority under the president's promise to remake the federal judiciary with a conservative bent.

Judge Robert J. Luck cleared the Senate Tuesday by a 64 to 31 vote.