Klayman: One Thing Is Clear: Giuliani Is A "Moron"!
Go to www.FreedomWatchUSA.org and Support Our Citizens Grand Juries and Join Our Justice League! 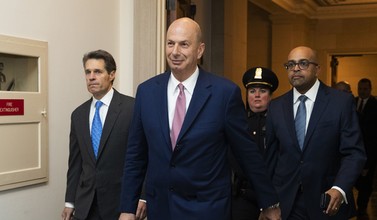 Mr. Sondland, the official that has found himself at the center of the impeachment inquiry, will say that he, Energy Secretary Rick Perry and former Envoy to the Ukraine Kurt Volker, were instructed to work with Mr. Giuliani, despite their concerns about his involvement.