Klayman: Most Jews Are Not Leftist: Sadly American Jewry Is the Problem!
Join and Support Our Coalition of the Jewish Right at www.FreedomWatchUSA.org 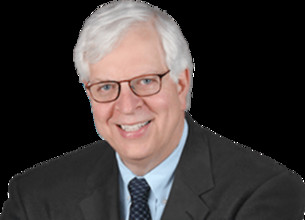 Explaining Jews, part 5: Why are Jews liberal?
By Dennis Prager
WND
April 25, 2006
The most frequently asked question I receive from non-Jews about Jews is, why are Jews so liberal?

The question is entirely legitimate since Jews (outside of Israel) are indeed overwhelmingly liberal and disproportionately left of liberal as well. For example, other than blacks, no American group votes so lopsidedly for the Democratic Party. And the question is further sharpened given that traditional Jewish values are not leftist. That is why the more religiously involved the Jew, the less likely he is to be on the Left. The old saw, "There are two types of Jews — those who believe Judaism is social justice and those who know Hebrew," contains more than a kernel of truth.