Klayman: The President's Call With Ukraine President Was Stupid but Neither Criminal nor Impeachable!
Go to www.FreedomWatchUSA.org and Support Our Citizens Grand Juries and Join Our Justice League! 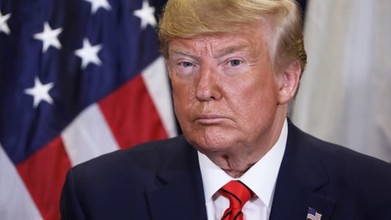 Trump Lashes Out Against Pence Aide Who Said Phone Call Was 'Inappropriate'
By Brian Freeman
Newsmax
November 18, 2019
President Donald Trump sent out more tweets on Sunday trying to discredit the impeachment proceedings against him.

He specifically targeted career foreign service officer Jennifer Williams, a staffer to Vice President Mike Pence, for her testimony behind closed doors that the president's call with Ukrainian President Volodymyr Zelenskiy in July was "inappropriate."

"Tell Jennifer Williams, whoever that is, to read BOTH transcripts of the presidential calls, & see the just released statement from Ukraine," Trump wrote in a tweet. "Then she should meet with the other Never Trumpers, who I don't know & mostly never even heard of, & work out a better presidential attack!"