Roger Stone Conviction: As Impeachment Looms, the 'Provocateur' May Have to Wait for a Pardon 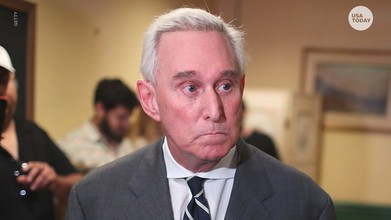 By Jonathan Turley
USA TODAY
November 15, 2019
In his documentary, "Get Me Roger Stone," Roger Stone begin with the signature declaration "My name is Roger Stone, and I'm an agent provocateur." In what may be his most impressive success as a provocateur, Stone seemed to provoke a jury in Washington, D.C., to render a sweeping conviction on all counts for his role in the investigation into Russia and the 2016 election.

False statements, witness tampering, and other charges could put Stone, 67, behind bars for 50 years. Even a modest sentence could result in a practical life sentence for Stone. According to far-right conspiracy theorist Alex Jones, Stone reached out to him to pitch a pardon from President Donald Trump.

In response to the conviction, Trump cried foul that Stone was prosecuted while others were not. Trump did not question that Stone lied but asked "Crooked Hillary, Comey, Strzok, Page, McCabe, Brennan, Clapper, Shifty Schiff, Ohr & Nellie, Steele & all of the others, including even Mueller himself? Didn't they lie?"