Klayman: Netanyahu Quit Screwing Around: Finish off Hamas and Move on to Hezbollah! 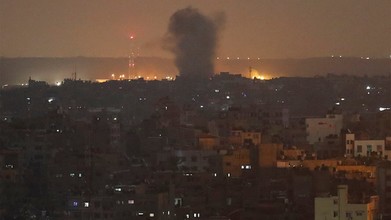 Rockets continue to be launched from Gaza into southern Israel, hours after a cease-fire was declared between Israel and Gaza's militant Islamic Jihad group early Thursday, according to Israel Defense Forces (IDF), which added that the Israeli military is responding by striking "terror" targets.