Klayman: I'm Embarrassed for Kellyanne: Get Rid of This Fat Loser! 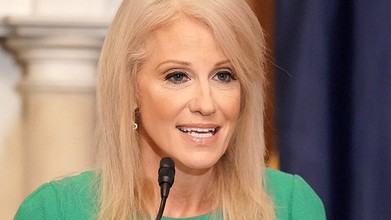 Conway accused CNN of "embarrassing" itself by playing the remarks from frequent Trump critic George Conway, suggesting it was only doing so in a bid to drive ratings and make her look bad.

Wolf Blitzer to Kellyanne Conway: "I don't want to talk about your marriage, I know there are issues there." pic.twitter.com/ERvWX0L9eE — Lis Power (@LisPower1) November 14, 2019