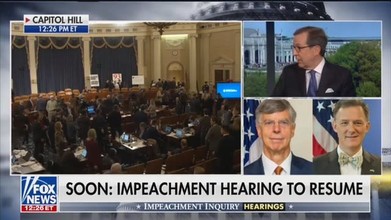 In his lengthy opening statement on Wednesday, Taylor revealed for the first time that Trump's interest in Ukraine investigating former Vice President Joe Biden and his son went even further than originally known.

According to Taylor, U.S. Ambassador to the EU Gordon Sondland called Trump from Ukraine and the president pressed him on "the investigations." Following the call, Sondland told a Taylor staffer that Trump "cares more about the investigations of Biden" than Ukraine.