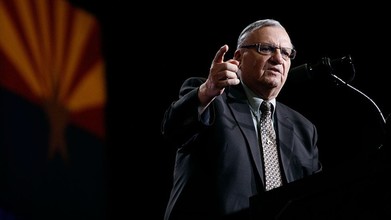 A Washington, D.C., judge on Thursday dismissed the suit Arpaio filed in December, in which Arpaio argued that reporters from CNN, HuffPost and Rolling Stone had falsely referred to him as a "convicted felon" despite his presidential pardon and that the reports tarnished his "distinguished" career, the Arizona Republic reports.