Klayman: Napolitano and Wallace Are the New Leftist Face of Fox News!
Go to www.FreedomWatchUSA.org to Join and Support Our Leftist Media Strike Force! Share and Donate 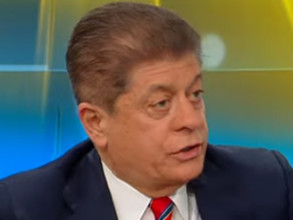 "The Republicans are looking for more transparency so that the better cross-examiners among them can challenge the credibility and the essence of the testimony of the witnesses. Right now, all that is going on in secret," Napolitano said.

He said [special prosecutor during the Clinton impeachment] Ken Starr "handed a tremendous amount of evidence to the House Judiciary Committee. How did he generate that evidence? In secret. What did he do? He put witnesses on before a grand jury."