Klayman: Maybe Now Chris "Fredo" Cuomo Will Move to Sicily! No One Pays Taxes There Either! 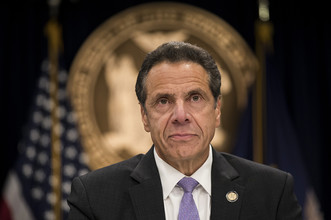 "I love New York, but New York can never be great again under the current leadership of Governor Andrew Cuomo (the brother if Fredo), or Mayor Bill DeBlasio," Trump tweeted hours before his rally in Tupelo, Mississippi. "Cuomo has weaponized the prosecutors to do his dirty work (and to keep him out of jams), a reason some don't want to be in New York, and another reason they are leaving."

He went on to condemn the state's leadership over energy issues, jobs, and law and order.