Klayman: Never Trumper Napolitano Has Become One of the Many Leftist Faces of Fox News!
Go to www.FreedomWatchUSA.org to Join and Support Our Leftist Media Strike Force! Share and Donate 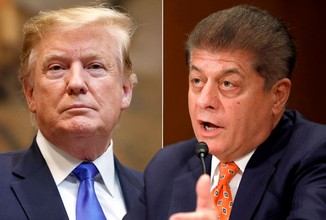 Napolitano begins by going through the history of the clause and explaining why it was written.

"In order to allay those fears and assure Americans that officials in the new federal government would be immune from foreign seduction, the framers included the Emoluments Clause in the Constitution," he writes. "That clause prohibits all federal officials from receiving titles of nobility and any gift, income or fee "of any kind whatever" from a foreign government."