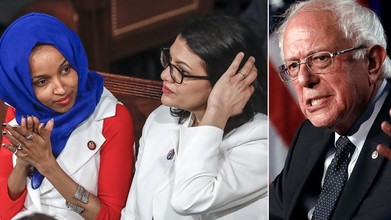 Three members of the so-called "Squad" of far-left freshman members of Congress are lining up behind Sen. Bernie Sanders for president.

Fox News has learned that Rep. Alexandria Ocasio-Cortez, D-N.Y., will appear with Sanders on Saturday in Queens, N.Y., at a "Bernie's Back" rally designed to generate excitement for the senator's campaign following his recent heart procedure. Rep. Ihan Omar, D-Minn., will also endorse the candidate, Fox News confirmed.