Klayman: A Multi-Billion Dollar Apology: Too Politically Convenient! Bidens Will Be Indicted!
Go to www.FreedomWatchUSA.org and Support Our Citizens Grand Juries and Join Our Justice League! 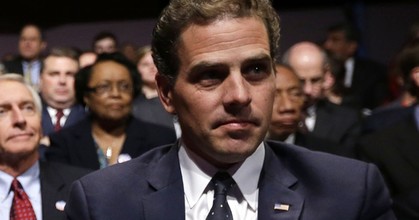 Hunter Biden speaks out amid Ukraine controversy, admits 'mistake,' denies he did anything 'improper'
By William Cummings
USA TODAY
October 15, 2019
Hunter Biden repeatedly admitted he made a "mistake" in not calculating the political ramifications of joining the board of a Ukrainian natural gas company while his father had official business in the country as vice president but denied doing anything "improper," in an ABC News interview that aired Tuesday.

Biden, speaking with reporter Amy Robach at his Los Angeles home, described his dealings with the company, Burisma, as "poor judgment" on his part that "gave a hook to some very unethical people to act in illegal ways to try to do some harm to my father," former Vice President Joe Biden.