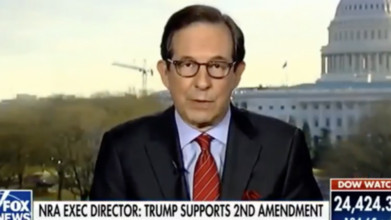 Trump hits Fox News's Chris Wallace over Ukraine coverage
By Chris Mills Rodrigo
TheHill
October 14, 2019
President Trump on Sunday hit Fox News anchor Chris Wallace for his coverage of the phone call between Trump and Ukraine's president that is at the center of the House's impeachment inquiry.

"Somebody please explain to Chris Wallace of Fox, who will never be his father (and my friend), Mike Wallace, that the Phone Conversation I had with the President of Ukraine was a congenial & good one," Trump tweeted.

"It was only Schiff's made up version of that conversation that was bad!" he added.