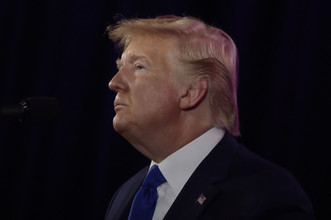 The poll said 51% of voters were in favor of Trump's impeachment and removal from office, while 40% did not want him impeached.

Princeton, New Jersey, pollster Braun Research, which conducted the survey, noted 48% of its respondents were Democrats. But the actual breakdown of party-affiliation is 31% Democrat, 29% Republican and 38% independent, according to Gallup.