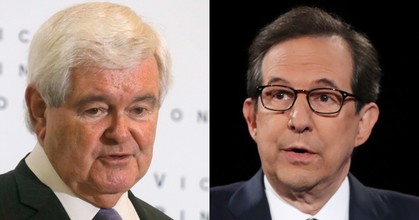 Wallace appeared on America's Newsroom with host Sandra Smith on Friday to react to Gingrich's comments from earlier on the show. Gingrich had called House Democrats' impeachment inquiry unconstitutional and said the "coup" against Trump would backfire.

"Nancy Pelosi is simply carrying out what is an unconstitutional coup d'etat in effort to use the power of the Congress to change the outcome for the American people," Gingrich said. "I think it'll backfire very badly."