Klayman: Kellyanne, Time for You to Come Clean on Your Real Relationship With George Conway! He Is a Threat to Your President!
Go to www.FreedomWatchUSA.org and Support Our Citizens Grand Juries and Join Our Justice League! 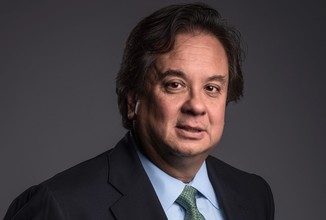 George Conway and other prominent conservatives call for 'expeditious' impeachment probe
Washington Post
October 10, 2019
The 16 attorneys, many of whom worked in Republican administrations, wrote in a joint statement to be released Thursday morning that Trump's now infamous call with Ukrainian President Volodymyr Zelensky, the text messages between diplomats and Trump's public call for China to investigate a political opponent are "undisputed" events that amount to Trump violating his oath of office.

"We have not just a political candidate open to receiving foreign assistance to better his chances at winning an election, but a current president openly and privately calling on foreign governments to actively interfere in the most sacred of U.S. democratic processes, our elections," they wrote.